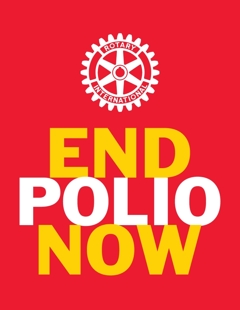 Robin Tucker is scheduled to attend today's joint meeting of the seven Cedar Rapids Metro Area Rotary Clubs from 11:30 am to 1 pm at the Kirkwood Center for Continuing Education.
The Rotary Club of Cedar Rapids is now on Twitter! Link 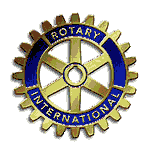 The seven Cedar Rapids Metro area Rotary clubs will join together to hold a luncheon to build public awareness for polio and to raise money to help eradicate polio one and for all. Doug Oberman (read more below), a successful Waterloo lawyer and international speaker on polio will share his inspiring life story and the impact polio has had on his life.

Many of us know someone who had a brush with the crippling disease which mainly
strikes children. But Rotarian Doug Oberman of Cedar Falls has a very
personal experience. Doug was a normally active boy until one day
when he was eight. Polio robbed him of the use of his hands and arms, but
not his spirit. Although Doug has slept in an iron lung for over 50 years,
he graduated from college and law school and had a 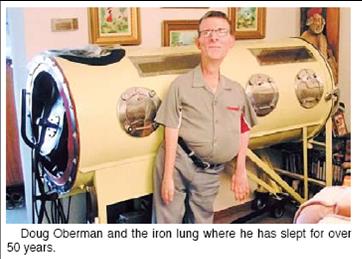 In 2002 Rotary asked Doug to travel to Barcelona,
Spain to address its international convention. Although the ordeal of
getting his iron lung onto the place was replayed four times, he made it and was
the hit of the event. Later he traveled to Rotary meetings in Cleveland
and Windsor, Canada where he gave powerful presentations about his passion
for making polio only the second disease ever eradicated. - Rotary West